Your cart is currently empty!

The cart expire in

The Science Behind Our Rhymes

Did you know questions:

A baby is born in a delta brain wave frequency. This is the lowest frequency and is the reason why their brains are like little sponges. Around age 2, the brain changes into a theta frequency which is still a low frequency, but higher than delta. This just means the brain will be a little less spongy than the delta frequency. However, around age 7, we move into an alpha frequency, which is a much higher frequency, and makes us less susceptible to learn so easily. In essence, it’s kind of like being on auto pilot from age 7. Sounds scary, doesn’t it? Around age 12 we move into a beta frequency, which is even higher, and the reason so many teenagers have a tough time learning things such as foreign languages. So, why is this important to know? Because it provides the science to back up why it’s imperative to teach our infants and toddlers positive virtues prior to them reaching the age of 7.

Because we understand the science of epigenetics and brain wave changes, Max Rhymes are scientifically written to condition children with a positive belief system at the subconscious level. As the children grow, they will be able to draw from this knowledge they learned at an early age and create a path toward success.

Epigenetics: the study of changes in organisms caused by modification of gene expression rather than alteration of the genetic code itself. 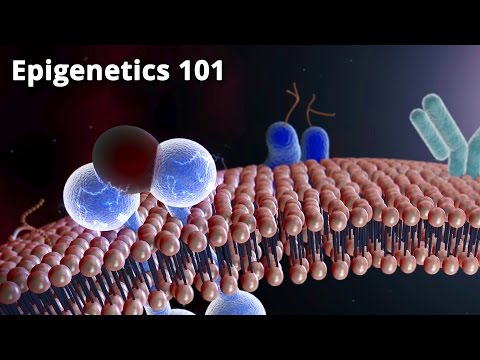 What does that mean to you as a parent?

Research is showing that parents, by default, act as genetic engineers months before conception. During the final stages of egg and sperm maturation, a process called genomic imprinting adjusts the activity of specific groups of genes that will shape the characteristics of the child yet to be conceived. (The Biology of Belief, Bruce Lipton; Surani 2001; Reik and Walter 2001) What that means is your stress levels, be it financial, relationship, family, friends, work, etc. and likewise your level of happiness and peacefulness, all play a role in the development of your child even before conception.

Now, on top of that, add the fact that 95% of the programming to the subconscious mind is done by the age of 7. That means all the things your child has heard via conversations, TV or radio, is all getting programmed in the mind. It’s this programming that plays a huge role in the child’s future based on the “truths” and “beliefs” the child has been programmed with. Unfortunately, most of us have been programmed with limitations, which has prevented us from creating the life we deserve.

I am so very pleased with these books and so is my daughter who received them as a baby shower gift. They are beautiful and sweet and the messages they convey are very much needed today, responsibility, thoughtfulness, politeness and more. The fact that they are expressed in rhyme makes teaching even very young ones so easy.
Thank you Max Rhymes
(My grandson is named Max☺️)

I purchased these for my nearly 2 yr old grandson. I love them and will enjoy reading to him. I love the little “hidden books”. Nice feature to use as he grows to understand.

Kids, parents, grands and great grands wewre all in ageement~~GREAT!

Bought as a gift , so can’t provide any feedback!

I purchased the book set and the Max character toy for my 22 month old great-grandson. My granddaughter reports that he loves them both and they’re of good quality. That means I’ll purchase more as he grows.